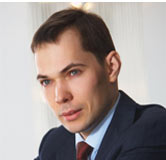 Dmitry is a graduate of Moscow State Institute of International Relations (MGIMO University) in 2000 (with honors).

Dmitry is a member of the Moscow Bar.

For many years Dmitry he has been highly rated in dispute resolution:

His recent experience includes advice to: